Ethereum is flashing some signs of strength today as the cryptocurrency trades above $370. This marks a notable rebound from recent lows of under $365 and may indicate that further upside is imminent.

It remains beneath its crucial $380 resistance level, which is widely being looked upon as the sole factor that may determine where the cryptocurrency trends next.

One analyst believes a test of this level is imminent, and its reaction here may set the tone for how it trends in the days, weeks, and months ahead.

Another trader noted that a confluence of factors seems to indicate that a massive movement is imminent in the near-term. Because of the slight strength expressed by bulls as of late, this could mean that the next movement will favor buyers.

At the time of writing, Ethereum is trading down marginally at its current price of $372. This is around the price at which the cryptocurrency has been trading throughout the past several days and weeks.

One analyst is noting that its near-term directionality will likely depend entirely on its reaction to $380.

This level was established as resistance earlier this week and was previously ETH’s bedrock support level.

“These are the levels that I’m watching on ETH. Quite simple,” he said while pointing to the below chart. 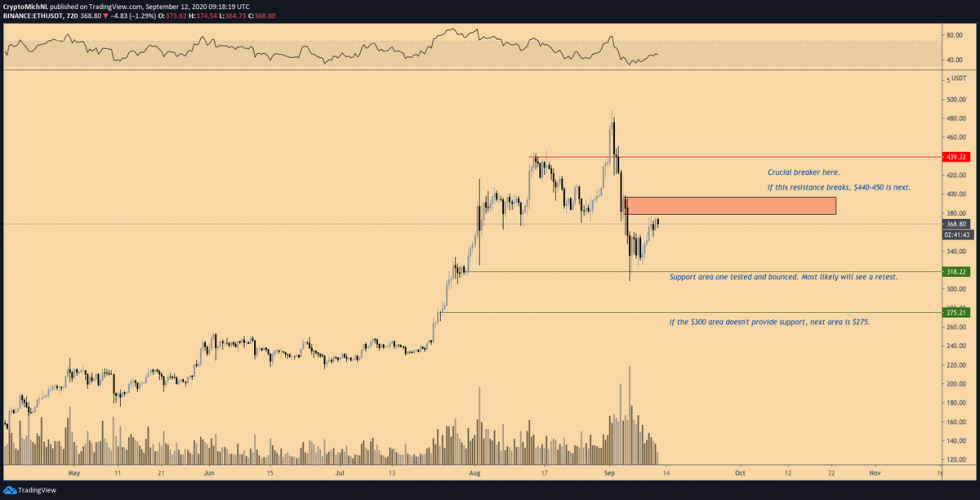 Analyst: ETH Gearing Up to Make a Massive Move

One analyst, while looking towards Ethereum’s market structure, reaction to support, and an emerging bull pennant, explained that he is expecting ETH to see a big movement in the near-term.

“ETH about to do some bigger moves,” he said while pointing to the chart seen below. 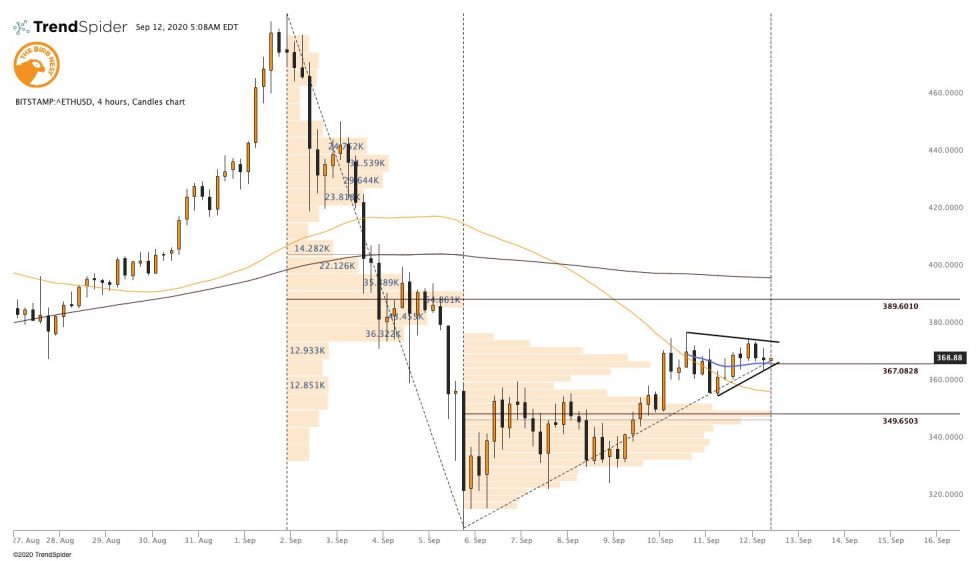 How Ethereum reacts to $380 this weekend should set the tone for which direction it trends throughout the week ahead.