DeFi fork SushiSwap has been making the headlines over the weekend and the saga has continued today with the Band Protocol co-founder denying that he is also the founder of yield farming protocol.

The Band Protocol, which provides data and price oracles for DeFi platforms, has made an official announcement on behalf CIO and co-founder Sorawit Suriyakarn, who has refuted any claims that he is the founder of the SushiSwap protocol, known online as ‘Chef Nomi’.

I am not Nomi

In a blog post published on September 7, it was explained that Suriyakarn often reviews the code for other projects, and he did review the initial code deployment for SushiSwap to make sure it was safe for public use.

It added that there has been a lot of speculation on crypto twitter regarding the involvement which the Band Protocol has now emphatically denied;

“We were not involved in the operation of SushiSwap in any capacity.”

The post continued to state that the initial interest in Sushiswap was straight forward, and based on improving the visibility and usage of its own Band token if it became a success.

It added that Sorawit has been an active community member on Github and that his starred repositories are in no way connected to the Uniswap fork. Crypto sleuths had also noted that the websites of SushiSwap and Band Protocol shared the same IP address and hosting provider, however this is where the connection end.

SushiSwap – the story so far …

The SushiSwap saga was kicked off by the real owner, who is still the anonymous ‘Chef Nomi’, reportedly selling his stash of tokens which resulted in a price crash of 75%. On Friday, SUSHI tokens were selling for around $5, and by Sunday they had plunged to $1.20 according to Coingecko.com.

A wave of criticism followed in typical crypto twitter fashion labeling it an exit scam. The ‘head chef’ responded pulling out a convenient Charlie Lee type explanation saying that he wanted to focus on the development of the project over the price.

The following day, Sunday, September 6, Chef Nomi said he had transferred the time-lock admin control of the protocol to the CEO of the cryptocurrency derivatives trading platform, FTX.

I’m checking this but believe it to be real. Assuming so:

Thanks, @NomiChef, for doing what was necessary.

And thanks to the community for supporting me.

FTX boss, Sam Bankman-Fried stated that he will deploy multi-signature into SushiSwap smart contracts and is looking to move the control into the community’s hands.

Coingape is committed to following the highest standards of journalism, and therefore, it abides by a strict editorial policy. While CoinGape takes all the measures to ensure that the facts presented in its news articles are accurate.
Disclaimer The views, opinions, positions or strategies expressed by the authors and those providing comments are theirs alone, and do not necessarily reflect the views, opinions, positions or strategies of CoinGape. Do your market research before investing in cryptocurrencies. The author or publication does not hold any responsibility for your personal financial loss.
Share on Facebook
Share on Twitter
Share on Linkedin
Share on Telegram
band protocolChef NomiDefisushisushiswap
Author: Martin Young

Martin has been writing on cyber security and infotech for two decades. He has previous forex trading experience and has been covering the blockchain and crypto industry since 2017.
Post your comment… 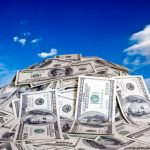