Gordon James Ramsay, famed British chef, restaurateur, author, and media personality is one of the more prominent names in the restaurant industry, well known for his incredible dining, foul temper and sailor-tongued language. It’s not surprising that he is renowned however, in the food industry, given that his restaurants have been awarded 16 Michelin stars in total and currently hold a total of seven.

What is Gordon’s Ramsay’s Net Worth

Looking at a net worth of $220 USD million, Ramsay rakes in an annual salary of $60 USD. He makes $223,000 USD per episode he films and takes home approximately 10% for some of the brands and products he endorses. With a wallet full and a bank account poised for gain in investment, rumours started to circulate that the restaurateur has put his money into the cryptocurrency market.

In order to see whether this is true, we conducted research Ramsay and his relationship with Bitcoin investment to confirm or debunk the rumours.

One of the primary angles of reporting across media houses is that Ramsay has purchased Bitcoin through Bitcoin Revolution, an automatic trading platform which conducts sales on the user’s behalf. The platform takes the funds of investors and trades the investment with the aim to make profits by using market analysis and automatic data-driven trades.

According to research, it appears that any rumours which promote that Ramsay has invested money into Bitcoin through the trading on Bitcoin Revolution’s platform are generated and fake news. Ramsay does not seem to have Bitcoin Revolution and has never publicly endorsed or advocated for the use of the platform. This means that articles claiming that he has are worthwhile ignoring and any rumours are either speculation that has sparked a lie or they are harmful scammers hoping to make money off vulnerable users.

Has Gordon Ramsay Invested In Any Bitcoin?

After a thorough investigation into Ramsay’s public communication, across media, social platforms, news articles and publically acknowledged conversation, we have come to the conclusion that Ramsay has no investment into Bitcoin – at least not from a public perspective. The chef has never associated himself with Bitcoin or buying and trading Bitcoin from a public front. While there is every possibility that he has purchased Bitcoin privately and has not disclosed the information, this which would remain unknown until he confirms this information either way, given Bitcoin’s privacy in autonomy.

Has Ramsay Purchased A Ferrari Because of Bitcoin Revolution?

In addition to the rumours about Ramsay investing through Bitcoin Revolution, there is news circulating that the media chef has purchased a brand new Ferrari from profits he has made off Bitcoin trading. An investigation into this indicates that this is, in fact, not true and any vehicles Ramsay has bought are not as a result of Bitcoin trading or through profits from Bitcoin Revolution. At least, not according to a lack of any public statements from the chef regarding this.

Why Are There Rumours About Ramsay Investing In Bitcoin?

Often times, in the darker side of the cryptocurrency industry, affiliate marketers will use the authority that celebrities have in order to generate attention around their websites and a product they sell. Since celebrity endorsement countries for a great deal with loyal fans following trends set by the A-lister personality, there is a massive market to target.

Unfortunately, where there is a following there is an opportunity, and scammers try to take advantage to drive traffic through fake news where they endorse products on the celebrity’s behalf, even if the endorsement is a hoax or generated.

How to Protect Yourself Against Cryptocurrency Scammers

One of the main themes in the cryptocurrency industry is that you need to do your own research if you feel as though there is something amiss with a trade. It is important to read up on information about a topic to protect yourself and your funds from being scammed in the industry. This is true across all investment strategies, but even more so in the cryptocurrency industry because of the untraceable nature of Bitcoin. As the leading cryptocurrency is private and pseudonymous, it is impossible to recover any tokens if you buy from an illicit platform or scammer trader.

It is also important to maintain an air of caution when trading. There will be people parading as celebrities, such as this Twitter account who is pretending to be Gordon Ramsay in order to sell cryptocurrency. Make sure you do a thorough reading, don’t sink your funds into Bitcoin trading if you cannot afford to lose them, and be careful of pretenders and fake news, and you should be safe from scams. 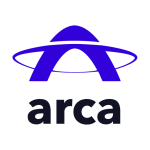