Ethereum’s recent decline to the sub-$380 region kicked off a strong uptrend, which has since allowed it to firmly surmount the resistance it was previously facing around $400.

The cryptocurrency is now attempting to secure a strong foothold within this price region, as a flip of $400 into a support level could be enough to send BTC surging higher.

Analysts are now setting their sights on a movement up towards $425 in the near-term, which is a major resistance level that may spark a far-reaching selloff.

While one trader is targeting a decline to ETH’s liquidity region at $360, another trader recently put forth a more aggressive downside target of $320.

Ethereum Shows Signs of Short-Term Strength; Here’s How Far It May Rally

At the time of writing, Ethereum is trading up just under 2% at its current price of $402. This marks a notable surge from multi-day lows of $379 that were set just a few days ago.

Analysts believe that a flip of $400 to support could help lead Ethereum even higher, with one trader setting his sights on a rally up towards $425 in the near-term. He thinks that the visit to this level will be followed by a sharp decline.

“425 -> 360. Too much consolidation up here at resistance, thinking it breaks through soon… If we flip 390.5 back to resistance, may hop back in my hedge,” he explained.

Why One Trader is Expecting ETH to Decline Towards $320

Another analyst is offering a more aggressive downside target for the cryptocurrency.

He explained in a recent tweet that the resistance at $405 is significant and that he expects a rejection at this level to lead Ethereum as low as $320.

Because Ethereum is generally correlated with Bitcoin, where the benchmark crypto trends in the near-term may have some influence over ETH.

Popular Crypto Analyst Explains Why He Expects These 5 Altcoins to Do Well in March: Author – Michael Lavere 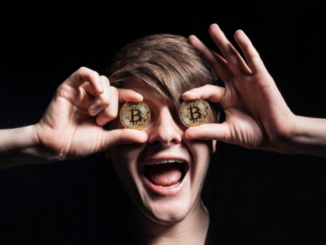