According to Calendar Profit, a research-driven social media platform, Bitcoin is in an extremely strong position, showing a near 98% profitability for long-term investors since its launch in 2013.

How Profitable Is Bitcoin As An Investment?

According to Calendar Profit’s research, this means that 97.6% of all Bitcoin tokens which have not been spent, sold, transacted or traded are profitable to their owners. Essentially, this means that only 2.4% of Bitcoin unspent transaction outputs (UXTOs) were created at a time when Bitcoin’s value was higher than its current price.

As an investment, looking at the data and the history of the token, those who bought the cryptocurrency and have held onto their Bitcoin without selling are looking at profits. If investors had bought Bitcoin at the time of its launch, they would be looking at a whopping 8 557,75% return on that investment (ROI) according to CoinMarketCap. Over the past ten years, Bitcoin price has grown from an initial value of $65,53 USD to see an all-time high of $20 089,00 USD in December of 2017. At the time of writing, Bitcoin price is at $11 713,94 USD. This means that any investors who bought Bitcoin before the peak at a price lower than present will be looking to profit if they sell their tokens now. As per Calendar Profits, this is a high majority of Bitcoin investors as those who bought while it was high have possibly sold or traded their tokens.

Is Bitcoin Price Going To Surge Or Will It Drop?

As a famously volatile asset, it’s impossible to know in which direction the value of Bitcoin might head. However, over the past decade, several trends and signs have emerged which indicate slightly how Bitcoin might perform. One thing that the industry has come to see in cryptocurrency valuation is that the market can be extremely sentiment-driven. As more people believe – and comment – that the price of Bitcoin will increase, it’s more likely that other investors will be attracted to buy more cryptocurrency, which then does raise the price of the token. While this is good in theory, it does risk a major sell-off as traders who want to make their profit will sell their Bitcoin tokens. This then might send Bitcoin price to a plummeting figure. If sentiment remains high, however, and more investors look to buy for long-term investment, then the price of Bitcoin might rise and remain high.

How Has COVID-19 Affected Bitcoin Price?

Since the beginning of the year, Bitcoin increased in value by over 60%. However, this has come with a rollercoaster of value fluctuations. The cryptocurrency saw a massive decline in mid-March (as most countries started national lockdown procedures as a result of the global pandemic), dropping almost 50% of its price tag to below $4,000 USD. This price shock might hinder investors from buying Bitcoin, but some might see it as an opportunity to buy the digital coin at a more affordable price.

Many countries are also exploring integrating their current financial and fiat currencies with central bank digital currencies (CBDCs). While this hasn’t seemed to have a direct impact on the price of Bitcoin, it does lead to a stronger likelihood that the cryptocurrency market and industry will see and experience more national adoption which will generate trader and investor interest. 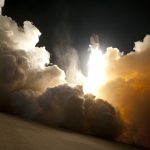