Bitcoin will extend its rally to hit a new all-time high by Christmas, according to Vijay Boyapati.

“In the 2016 cycle, Bitcoin did not break its prior all-time high until 229 days after the halving,” the crypto-analyst stated Thursday. “If we were to follow that exact trajectory, [the cryptocurrency] would make a new all-time high just after Christmas day, this year.”

The term “halving” refers to the number of coins that miners receive for maintaining the Bitcoin blockchain. That rewards get reduced by half after every four years–or after every 210,000 mined blocks. Halving removes half the Bitcoin from circulation, leading to an improved scarcity.

Bitcoin had undergone three of such events. The first two took place in 2012 and 2016. Each of them resulted in massive BTC price rallies, prompting observers to call halving a bullish development. 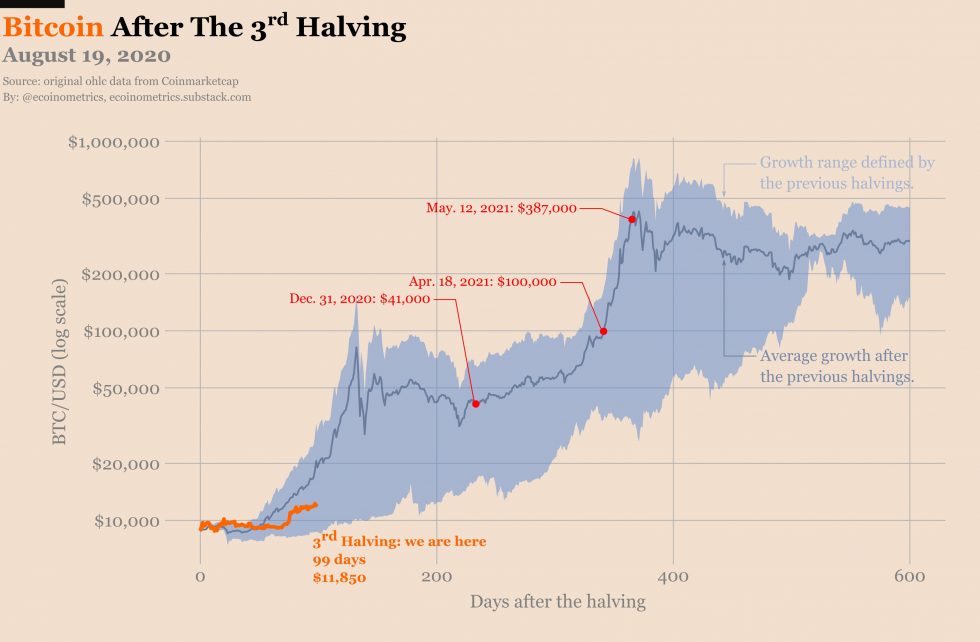 The cryptocurrency’s latest supply cut took place on May 11, 2020–just 100 days back. Mr. Boyapati noted BTC/USD’s tendency to take more than a year to peak after each of its halvings. Based on previous fractals, the crypto-analyst predicted that pair would hit $325,000 by October 2021.

Mr. Boyapati’s statements on Bitcoin appeared days after the cryptocurrency mounted above the $12,000 level.

The new year-to-date high followed a strong upside rally that started in March 2020. A run down towards $3,858 amid a global market rout created adequate opportunities for bulls to buy the dip. Later, the Federal Reserve’s open-ended stimulus program to aid the US economy helped to push Bitcoin further higher against a weakening US dollar.

As of Monday, the cryptocurrency was attracting bids for as much as $12,486.

But Mr. Boyapati’s comments also followed a steep correction that occurred after Bitcoin peaked for the year. Strong profit-taking sentiment in the $12,000-12,500 range eased the cryptocurrency uptrend. It fell to as low as $11,569 during the Wednesday trading session. 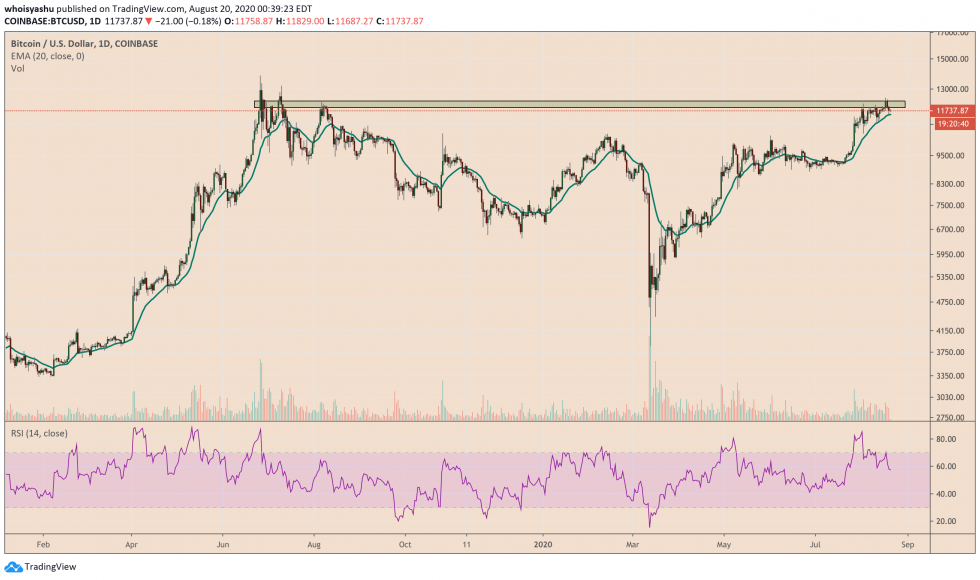 A part of the downside correction also appeared on uncertainty concerning the Federal Reserve’s stimulus program.

In the minutes of its July 202o meeting released Wednesday afternoon, the central bank stated that it stands committed to continue its bond-buying and near-zero interest rate policy. Nevertheless, it offered no hints about the path of unconventional measures – such as forward guidance on future rates or yield curve control.

The unpredictability stressed safe-haven assets like Bitcoin. Meanwhile, it renewed investors’ interest in the US dollar, which was then trading at its two-year low.

But, according to crypto-analyst Lark Davis, Bitcoin still has enough fuel to break above its previous record highs, as long as it maintains its footing near a technical support level.

“Understand that Bitcoindrop by about 24% and still be above the 200-day moving average which means this market is still basically bullish AF,” he said.

The 200-DMA has capped Bitcoin from extending its bearish bias since December 2017.