Reported By: CryptoGlobe latest articles
Legendary American investor Warren Buffett, chairman and CEO of Berkshire Hathaway, and the world’s fifth richest man with a net worth of around $80 billion (according to Bloomberg), appears to have softened his stance on gold. Buffett has never tried to hide his disdain for gold and Bitcoin, neither of which he considers an investable […]
Read More 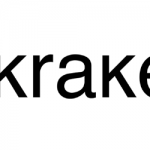