It has been a week of mixed trading for Bitcoin and the aggregated crypto market. After a long bout of consolidation, Ethereum was able to break out of its trading range while Bitcoin remains below its key near-term resistance.

This has done little to offer insight into where the aggregated market will trend next.

Altcoins have also lacked trend, with some rocketing higher while others drift lower.

That being said, it may only be a matter of time before Bitcoin breaks out of its current trading range and provides guidance to the entire market.

As for how high a breakout could lead the benchmark cryptocurrency, one analyst is noting that it may race as high as $17,000 – although this would require the stars to align.

At the time of writing, Bitcoin is trading up marginally at its current price of $11,850.

This is around the price at which it has been trading at throughout the past couple of days, as its recent decline towards $11,200 resulted in a sharp influx of buying pressure that sent its price surging up towards its current levels.

Analysts are now closely watching to see how BTC continues responding to $12,000, as it has yet to catalyze any sharp selloff during this latest push higher.

While speaking about Bitcoin’s near-term outlook, one analyst explained that in an optimistic scenario, the crypto’s price could push as high as $17,000.

That being said, he also notes that there are hurdles in the way, with $13,000 being the first region he is watching.

“Bitcoin: Given the significance of this level, I’m starting to think this is becoming a very likely scenario. However, a clear break and flip of $12K are continuations towards $13K and possibly $15-17K area.”

For this possibility to play out – or even come close to coming to fruition – it is imperative that Bitcoin breaks past $12,000 with decisive force. 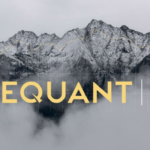