Reported By: CryptoGlobe latest articles
The U.S. Government has reportedly seized $2 million worth of bitcoin from 300 cryptocurrency wallets associated with fundraising campaigns from terrorist groups that were looking to obtain crypto to fund attacks. According to the New York Times, the Trump administration seized wallets tied to three terrorist organizations: the al-Qassam Brigades – Hamas’s military wing – […]
Read More

Miami Is Considering Giving City Employees the Option to Get Paid in Bitcoin: Author – Francisco Memoria 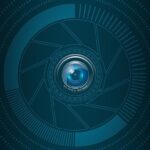