Reported By: CryptoGlobe latest articles
The 17-year-old accused of hacking Twitter on July 15 to promote a fake bitcoin giveaway, Graham Ivan Clark, reportedly owns over $3 million worth of bitcoin, according to his attorney David Weisbrod. According to the Tampa Bay Times, Weisbrod revealed Clark has over 300 BTC, worth over $3.3 million, on Saturday in a court hearing, […]
Read More 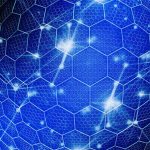