A flurry of supportive fundamentals helped Bitcoin price break above $11,000, a level it last touched in August 2019.

The benchmark cryptocurrency established a year-to-date high at $11,420 on Monday, just as a weakening US dollar lifted bids for safe-haven assets. The advance marked Bitcoin’s third consecutive daily gain, whereby the price surged by as much as 19.57 percent (data from Coinbase). 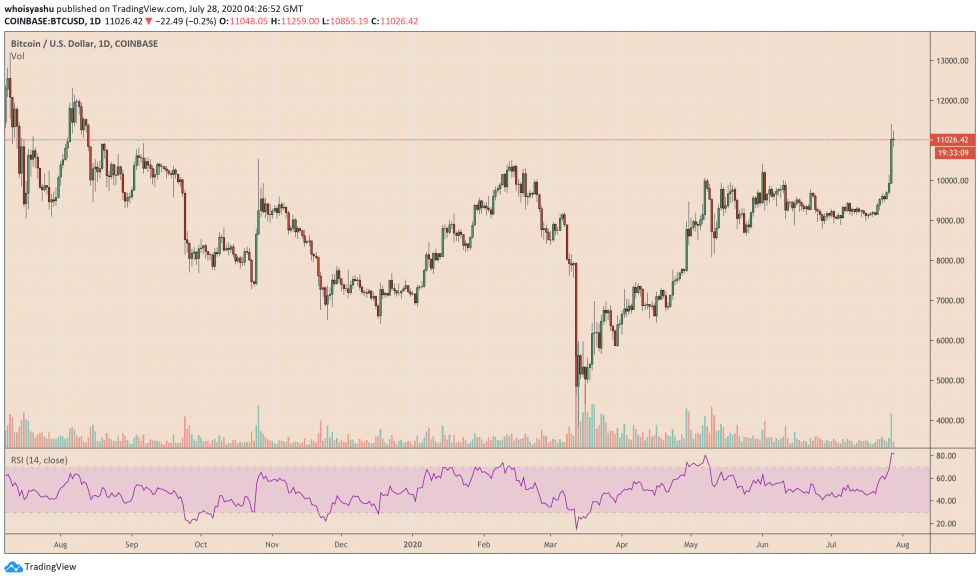 Bitcoin has gained as much as 25 percent in the third quarter, and about 50 percent this year, making it one of the best-performing assets in 2020.

Josh Rager, the c0-founder of Blackroots.com, stated earlier Tuesday that he sees Bitcoin continuing its bull run to establish an all-time high eventually.

The analyst explained that the cryptocurrency’s latest rally resembles the one the started in April 2019.

Back then, the BTC/USD exchange rate was trending sideways throughout the February-March timeframe. Later, on April 2, the pair broke out of its sideways range with a decisive $1,000-candle. Three months later, it had formed a year-to-date high to above $13,000.

“This daily close is amazing and could very well resemble April 2019’s $1k candle that ended the bear market and fueled a rally to $13k,” said Mr. Rager. “Only this time, the rally should lead to new all-time-high for BTC.”

Only this time, the rally should lead to new all-time-high for BTC pic.twitter.com/TAZD1PYBw5

Victor Dergunov, the founder of crypto-enabled Albright Investment Group, also stated that Bitcoin could breach above $20,000 by the end of this year. Although in his opinion, the gains would come due to the cryptocurrency’s growing exposure in the mainstream.

“Bitcoin has been officially classified as a commodity in the U.S. for years, but it is now also beginning to be recognized as a currency or as an official medium of exchange,” he said in a note.

Bitcoin rallied on a booming safe-haven demand, a sentiment that also helped gold push higher towards its all-time high. Their bids increased against the backdrop of an escalating US-China rift and the rising number of COVID cases in the US.

The prevailing economic uncertainty has kept central banks and governments in easing mode. The Federal Reserve has maintained its benchmark interest rates near zero on the one hand and is buying Treasury bonds with a $2 trillion capital reserve on the other. 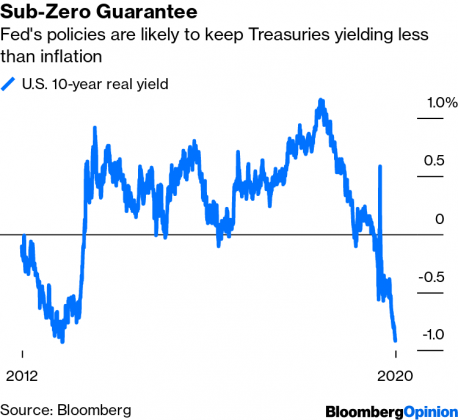 The fresh fiat liquidity has pushed the US dollar to its two-year low. Meanwhile, lower interest rates have prompted the 10-year Treasury real yield – inflation-adjusted – to an all-time low of minus 0.9 percent. So it appears, investors are running out of safe-havens, making assets like gold and Bitcoin more appealing. Market May Be Suffering But Bitcoin And Ethereum Will Pull Back Stronger, Bloomberg Analyst: Author – Best Owie