The Bank for International Settlements (BIS) has long been hostile to Bitcoin and cryptocurrencies. But she has since softened her speech well, and her latest report is even in favor of the central bank digital currencies (CBDC).

Cryptos yes, but from central banks

The Bank for International Settlements is an institution based in Basel, Switzerland. It is the regrouping of 60 central banks spread around the world.

This veritable “bank of central banks” has just released a report on June 24, about digital payments. The main observation that emerges is the need to quickly modernize the currency, to adapt it to the digital age. And central bank digital currencies have a big role to play in this modernization.

“CBDCs are a prime example of how central banks can stand at the cutting edge of innovation themselves. (…) It is central banks’ choice to harness these forces for the common good.”

And the BIS does not stop there in praise, the CBDCs are squarely presented as ” the next step ” in the evolution of the currency.

Indeed, the digital currencies issued by the central banks would answer several problems according to the BIS report:

The BIS report also presents a very interesting graph (below left). It highlights a very recent tidal wave of positive views on CBDCs from central banks around the world.

Since the beginning of 2020, the positive speeches of central banks on CBDCs have even generally become dominant compared to negative speeches. It must be said that the health and economic crises caused by the coronavirus have passed through in the meantime.

“The Covid-19 crisis, and the attendant rise of electronic payments, are likely to boost CBDC development across the globe”

It should also be noted (on the graph above) that all central banks – in advanced and emerging economic zones – consider security and reliability as one of the main reasons for adopting a digital currency. However, for banks in emerging economies, the efficiency of domestic payments and the financial inclusion promised by CBDCs are also crucial assets.

The digital currencies issued by central banks are likely to constitute the state currencies of tomorrow. The question that arises is: what will be the place of decentralized cryptocurrencies like bitcoin in this future digital economy? Here’s Why Analysts Are Expecting For Ethereum To Drop Back Towards $370: Author – Nick Chong 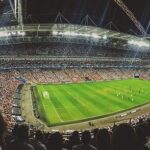