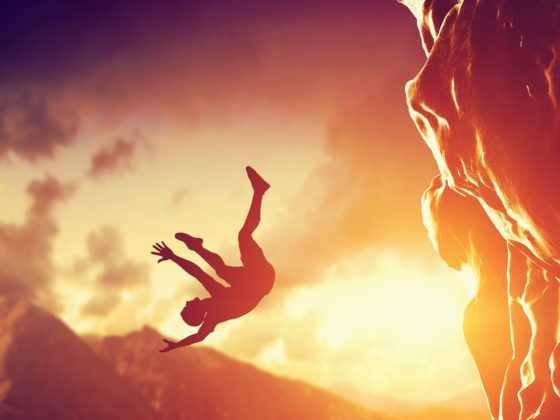 The most pressing question Bitcoin investors have faced over the past few weeks is if the current consolidation will break higher or lower.
The expectation that BTC will move lower from the current range recently gained strength with an analyst drawing attention to three technical signs. Those signs have forced the analyst to level with himself that Bitcoin “looks bearish.”
“If I’m honest with myself then I have to admit that this looks bearish,” he commented in reference to the signs.
Bitcoin’s Current Range Could Resolve Lower, Key Signs Show
The three signs shared by the trader are as follows:

Bitcoin has formed a rounded top after peaking at $10,400 earlier this month. The analyst noted that the rounded top pattern was last seen in February of this year, prior to the drop to $3,700.
There is purportedly more selling volume than buying volume, depressing prices.
BTC is currently trading below the local Point of Control.

Bearish Bitcoin price chart shared by crypto chartist/technician Byzantine General (@Byzgeneral on Twitter). Chart from TradingView.com
Corroborating the expectations of downside is on-chain data.
Blockchain analytics firm IntoTheBlock suggests that as of June 20th, three out of seven of its core signals for Bitcoin are currently “bearish.” The other four are “neutral,” giving Bitcoin a “mostly bearish outlook.”
The three of IntoTheBlock’s signals that are currently suggesting a price retracement are as follows:

Net network growth: “A momentum signal that gives a pulse of the true growth of the token’s underlying network” by measuring the number of new addresses and other metrics.
In the money: The change in the profitability of Bitcoin investors as determined by IntoTheBlock.
Large transactions: The number of transactions worth over $100,000.

Accumulate Anyway
Traders and short-term investors are divided over what comes next, but fund managers and other prominent names in the space have reminded Bitcoin investors to be patient and accumulate.
Ikigai Asset Management’s Travis Kling, however, recently wrote:
“A lot of folks have been asking why BTC isn’t higher right now. If you own Bitcoin, just be patient. BTC has historically transferred wealth from impatient hands to patient. Just be patient. Central banks are doing all the leg work for you as we speak. Just be patient.”
In a similar vein, CEO of Bitcoin mining startup Blockware Mining, Matt D’Souza, recently shared that Bitcoin investors should be accumulating for the long run instead of trying to bet on every short-term move:
“Buying at $8500 vs $9300 has 0 relevance when the objective should be capturing a market cycle over the next 18-36 months that could print $20,000, $50,000 or $100,000+. Short term scalping is a distraction, it’ll lead to missing the big move. ”
Featured Image from Shutterstock
Price tags: xbtusd, btcusd, btcusdt
Charts from TradingView.com
These Three Pivotal Signs Show Bitcoin Is Bearish as “Massive” Move Nears
Read More It’s the “Moment of Truth” for Bitcoin as it Trades at a Crucial Level: Author – Cole Petersen