The Blockchain network technology is easily one of the most significant growth areas in the world of technology, and the one that offers benefits to multiple industries to carry their accounting.
However, the only way to maintain this development is to bring new aides in this area continually. To learn more about this technology, a blockchain workshop that lasts two days is scheduled to be organized by the Defense Advanced Research Projects Agency of the United States (DARPA) for February next year, which is, 2019
The tentative dates for the event can be from February 14 to 15 of the year 2019.
DARPA was developed by the Department of Defense of the United States to help with the investigation. At this moment, the goal of the department is to work on the technologies through this workshop, which will take place in Arlington, Virginia.
The agency published a five-page RFI (Request for Information), which referred to the “particular interest” areas, which specifically spell out the “consensus protocols discussed.”
The document says that these systems are simply protocols “in which anyone can participate in the processing of information.”
The presentations would end on December 20 and would be made available to the general public after those days passed.
The report goes on to say that the field has a lot of recorded research. In its creation, the document explains that DARPA is studying “several less explored paths of consensus protocols distributed without consent.”
The Office of Information Innovation (I2O) of DARPA published the report, including a request for details covering approximately three topics. Each one will be presented at the workshop given in February.
The first topic of the report is to push distributed consensus protocols but refrain from using something that has monetary value. Instead, they will offer “various aspects of participation in the protocol” as the proposed assignment.
With this, they refer to the concept of Bitcoin mining as an example of the type of system in which they speak. For this reason, this topic tends to stand out because of the importance of offering the protocols as mentioned earlier without any promise of payment.

The second topic of discussion that you find in the RFI, according to the official report, is “Security models driven by the economy for distributed computing protocols.”
On this subject, the authors of the report request details on “methods that take advantage of rigorous economic notions to promote security theories of distributed and non-authorized computer protocols.”
As a third theme or final, we have the following details: The “centralities of distributed consensus protocols.”
There is a lot of talk about cybersecurity. The entity states that the responses applicable to this topic include “novel analyzes, strategies to analyze and address the centralization of a divided consensus protocol.”
Examining that blockchain technology offers some protection for data and storage, the RFI adds: “Technologies for split consensus protocols have been revolted by their prominent role in cryptocurrency and blockchain technologies.
These technologies have “theatrical” implications for the security and resilience of critical tasks concerning storage and data calculation and even for the United States Department of Defense.
This announcement is consistent with the way that governments around the world are increasingly interested in the technology of the existing blockchain as they get better.
This is not the first time that the agency has shown interest in the blockchain network.

In May of 2017, DARPA was working on a communications platform where messages could be transferred through a secure decentralized protocol.

The objective of this was to transmit troop movements, especially outside denial communication environments, through the decentralized messaging platform that was then reflected.
“Presenting this course will be a great help for all the public in general, not only for you but also for us who seek to help and motivate more people to enter this world.”
The German news channel WischaftsWoche reported that the German Federal Ministry of Economic Affairs and Energy (BMWi) planned to use the blockchain network to combat tax evasion.
Following the same scheme of European fiscal fraud CumEx-Files in 2017, BMWi exhorted that the accounting technology that has been distributed was able to make the tax system more useful to avoid fraud. 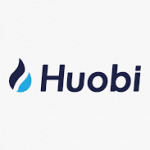