Initial Cryptocurrency Offerings (ICOs) continue to cause a stir in the blockchain ecosystem. 2017 has been a particularly prolific year for this type of collection, and even some sceptics of the cryptocoins have been infected by the fever of this ecosystem.

This time around, Mark Cuban, a well-known investor and owner of the Dallas Mavericks franchise and NBA team, is considering the possibility of carrying out such an operation through the UniKrn company, where he maintains investments. He is focussed on eSports or electronic sport betting such as World of Tank, League of Legends and DOTA 2.

Unikrn is an online gambling site, which uses a virtual currency and is scheduled to launch its initial round of financing in September 2017. Cuban had been sceptical, but he has also been able to recognize the potential of both cryptocurrency and technology distributed accounting. The well known investor had been reluctant to bet on crypto-assets, and even during the past month took to Twitter to refer to Bitcoin as a financial “bubble.”

However, the investor has now performed a U-turn and will perform an ICO for its company UniKrn. ICOs are a form of crowdfunding by which companies sell their shares through block-cipher crypto-assets, creating a market for interchangeable assets that allow them to participate and collaborate in decentralized application projects, their development and the Benefits that their implementation can bring.

So far in 2017, more than 500 billion dollars have been raised, and about 30 offers of this type have been made, especially using the blockchain Ethereum. The new highest record was set by Block.one with $ 185 million in revenue. Cuban said he wanted to learn more about the potential of this funding route.

“We will raise our next fund using an ICO (…) Homebrew has not made definitive plans for an ICO but has been discussed at one or two private meetings. Let’s put it that way.”

Other prominent ICO’s in the space include the FreedomCoin Exchange, digital solutions platform that announced the launch of the ICO Minutemen Reserve (MMR). The sale took place on June 29, offering an opportunity for freedom of expression lovers and investors to participate in one aspect of the World Freedom Movement.

Freedom.social, a company service, offers users an alternative to other social networking platforms such as Facebook and YouTube. The plus of Freedom.social is that it has its own monetized infrastructure, which allows people to win the MMR cryptocoin. Also the Polybius Bank Project, an initiative developed by HashCoin, a blockchain company from Estonia, which already has about a month and a half offering its own cryptocurrency, PLBT that will help to pay for banking operations, as well as an international digital ID.

Not many know this, but this month was the most important video game or gaming event of the year. The Electronic Entertainment Expo (E3) took place in Los Angeles and promised, like almost every year, […] Binance To Invest $200 Million In Forbes: Author – Dan B 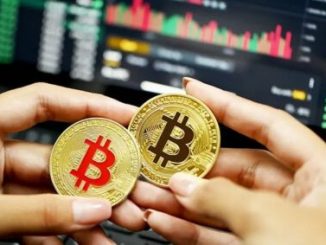 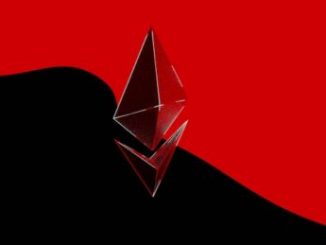 Why Ethereum Could Trade At $500 If These Conditions Are Met: Author – Reynaldo Marquez