Although Bitcoin as a currency has performed well in the recent past, there is a Bitcoin civil war that’s going on and might be a threat to the powerful cryptocurrency.

Even though Bitcoin has faced a rise of 250% in the last one year this may be masking the true extent of the problem; there have been many price fluctuations in the past few months which are starting to show vulnerabilities in the currency and may already be as a result of the war. According to an interview with Business insider, the CEO of BitMex said that on August 1st the structure of the tech of the currency will be determined and may have far reaching implications.

Cause of the Bitcoin Civil War

The cause of the civil war is differing views on how the cryptocurrencies protocol should be changed to handle the increased demand for bitcoin transactions. According to Paul McNeal, a Bitcoin evangelist, the blockchain network has been made in such a way a block can carry a fixed amount of information at a go, a single block.

The current blocksize is 1MB of information (although it’s worth noting that the blocksize has risen in the past and was never considered a fixed immutable parameter).

There has however been a rise in the number of users of crypto currency slowing down the speed of transactions. Slow transactions have made it hard for many merchants to accept the currency as a form of payment. This has limited consumers on where they can spend their Bitcoins making some potential consumers reluctant to spend the currency, and Merchants reluctant to accept it.

While the details of the proposals are of a technical nature they come down to two basic proposals. The first is SegWit (Segregated Witness) proposed by the Core developers. While proposed as a benign change to allow more transactions onto the blockchain; it achieves this by moving away from the decentralised philosophy of bitcoin. The promoters of SegWit have argues than the majority of “economic participants” of Bitcoin support the move – an untested hypotheses that they base on the fact that most wallets use bitcoin core and therefore support segwit – most users use bitcoin core for convenience, not because they support segwit.

The alternative approach is to increase the blocksize; this maintains the decentralised structure of bitcoin but, critics argue, results in more control by the larger miners thereby overriding the decentralised benefits of this approach.

Unfortunately this debate isn’t going to die quickly and while the Core developers are hoping that 1st August will market the end of the debate and confirmation that SegWit is the way forward many in the industry feel this is unlikely to be the case.

Gavin Smith, CEO of First Global Credit, has come out against Seg Wit and in favour of the blocksize increase. “Many exchanges and wallet providers in the industry have a vested interest in SegWit and the Lightning network which is enabled as part of SegWit” states Smith. “They see this as a way of centralising the industry around their own hubs and becoming the gatekeepers to the network. Their argument that miners have too much power and other users of the network are disadvantaged as a result is absurd” continues Smith, “the entire ecosystem of Bitcoin was designed to revolve around miners, not some network of supposedly trusted hubs and if exchnages really want a say in how the network is run they should invest in mining hardware themselves rather than expect to benefit from a free network provided by others”.

Whichever way the debate unfolds 1st August is likely to be the start, not the end of the debate.

Japan officially introduced a bill that exempted Bitcoin from consumption tax and the bill officially came into effect as from July 1. This is likely to have a positive effect on all Bitcoin transactions and […] The Most Popular Cryptos Used at Online Casinos in 2022: Author – CryptoGlobe Staff Writer 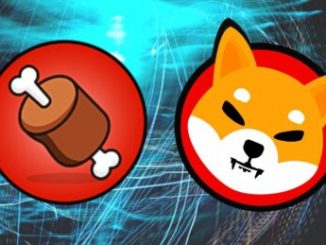 Why Is Shiba Inu’s $BONE On The Rise And Is It Time To Get In?: Author – Best Owie