India has been well known for technology, with the new cryptocurrency technology, it is still not left behind as it is the fertile breeding ground for blockchain engineers. There is a rise in demand for blockchain technology and that growth in demand is driven both by demand for consultancy services and also domestic requirement; blockchain has tremendous application in many areas and India is stepping up to the demand in terms of providing training for specialists and engineers.

Even before Bitcoin was legally accepted in India, there were high numbers of Indian students and professionals who were signing up for blockchain related courses to get familiar with what is really happening and be able to adopt the decentralized innovation. According to the Times of India, Udemy which is an e-learning marketplace faced a 978% rise in blockchain course enrolment with India accounting for 80% of that total. With the government legally accepting the currency, the enrolment has doubled and is continuing to rise.

One Indian Blockchain start-up Primechain that was offering a free online blockchain course was forced to put a restriction after there was an overwhelming number of students interested in the course than could be managed. The start-up is affiliated to providing technology to Bankchain which is a banking blockchain consortium in India; after initially hoping to offer the course on an open basis they were forced, because of the demand, to restrict the course to only personnel of the banking consortium.

It is evident that there is a rise in demand for blockchain expertise on a global scale and according to LinkedIn, blockchain related job postings have risen by 30% over the past year. According to the MD of HR Specialist Kelly services in India, Blockchain technology can be used by any industry that deals with public information and is trying to ensure transparency of data. There are some FinTech start-ups that are already integrating the decentralized system into their systems for more efficiency, and that trend is likely to continue.

India is currently leading in terms of a pool of blockchain talent with a margin of 40% of the regional expertise. This is followed by Australia in the Asia-pacific region, then followed by China, Singapore and Japan. These five countries account for 80% of the region’s blockchain engineers.
To meet the demand for knowledge of Blockchain technology, there are some universities in the US and Europe that are integrating blockchain courses into their curriculum. India also has plans of integrating the courses but in a more centralized, organized manner to meet the growing demand.

The Indian state of Andhra Pradesh has made a partnership with Singapore’s central bank to develop education programs on digital payments and blockchain innovation. There is also a blockchain academy that was started in Kerala India to provide education on Blockchain technology. Visa started a blockchain development centre in India and has grown from 400 engineers to currently 1000 engineers. These are just a few examples of the rapidly increasing demand, it is evident that the blockchain technology is here to stay and will probably revolutionize all industries. Since India has been in the forefront in providing Blockchain education this should stand it is good stead to be a blockchain powerhouse in coming years.

Thomson Reuters, the global media giant, has launched a startup incubator in Zurich, Switzerland to host early stage entrepreneurs involved in crypto technologies. Through the Incubators which will happen in Thomson Reuter’s labs, the startups […]

The HODL Valley Metaverse – The Game That Can Grow Your Digital Wealth: Author – Bitcoinist 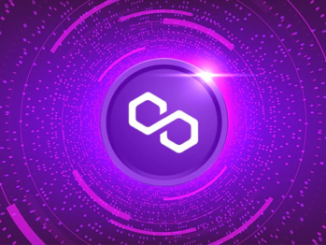 Joe Rogan on Bitcoin: ‘I Love It’: Author – Siamak Masnavi