Burger King branch in Russia will accept payments in bitcoin

Russia is still open to cryptocurrencies and blockchain technology, and this time the capital will be the place where one of the biggest fast food franchises in the world will innovate accepting bitcoin as a means of payment for the products of its menu.

It is a Moscow-based Burger King, which expects to use bitcoin payments for food and beverage purchases. According to local media, the hamburger chain franchise from Moscow started testing and managed to process “the first transaction for goods and services” with Bitcoin in Russia. Company officials have confirmed that this will be expanded to the other Yekaterinburg and St. Petersburg branches by the end of the summer, as reported by local media. The decision was made by the significant growth of the cryptocoin and to relaunch the franchise within the companies dedicated to fast food in Russia.

Cryptocoins have gained popularity in the country, and it is even expected that shortly the authorities will issue official regulations around this financial instrument. Also, President Vladimir Putin has already expressed his interest in issues associated with the ecosystem, such as blockchain technology.

The media Uznay Vse reported on a franchise that had already accepted a Bitcoin transaction on Tuesday this week, which represents “the first official report on the use of Bitcoin as a payment method for goods and services in Russia.”

Burger King also started looking for an IT professional to help with the installation of software related to this. For this application of payments, Burger King will make a bid for software development, including the franchise website, iOS and Android versions and cash registers.

The company plans to announce the winner of the software development tender that will allow them to accept bitcoins. The contractor will have to develop solutions for burgerking.ru, mobile applications for Android and iOS, and cash registers.

“There are a lot of programs that need to be written which will enable restaurant cash registers to communicate with Android and iOS apps and allow customers to pay with Bitcoins,” Uzay Vse reported.

Dmitri Medovoy, General Director of Burger King, Russia says the fast food franchise is in the search of a corporate developer of this essential software to become the market leader in Russia, not only for the products but also for the technological facilities it plans to offer consumers. The winner, he said, will be announced on August 10.

The success of the strategy could boost the expansion of the franchise in the country since Burger King currently has establishments in only three cities throughout the Russian territory, it is worth mentioning, the largest nation in the world.

On the other hand, Russia could become a very significant player in the ecosystem, because, despite its past reluctance, the government has for some time begun to see with better eyes the potentialities offered by Bitcoin and blockchain technology.

Russia has become a point of interest for the cryptocoins and is creating an increasingly positive environment for these. This year, President Vladimir Putin talked about the possibility of trading oil with Bitcoin and this week Finance Minister Alexey Moiseev commented that digital coins could enter legal markets if they were subject to “appropriate regulations.” 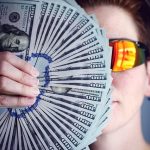 Want to Earn Crypto? This Is the Best Way to Do It With Phemex: Author – NewsBTC Bitcoin and Crypto Market Roundup for the Week Gone by: Author – Bitcoinist