The United States Securities and Exchange Commission has filed charges against a UK citizen over alleged Bitcoin scam. According to filings presented on June 30, the US Securities and Exchange Commission accused Renwick Haddow of misleading investors of two companies he founded: Bitcoin Shop Inc., which advertised its services as a trading platform for Bitcoin, and Bar Works, a space company similar to WeWork. Jointly, the prosecutor in charge of the Southern District of New York is also accusing Haddow.

The Securities and Exchange Commission argued that Haddow, who resides in New York, misrepresented the guidelines that define the company’s operations and the background of top executives of Bitcoin Store Inc., documents that according to the statement “did not appear to exist” in an attempt to seduce potential investors.

Haddow, who according to the Securities and Exchange Commission created a financial intermediaries firm called InCrowd Equity, which did not file with the agency, was accused of diverting funds raised from investors to overseas bank accounts.

In a statement issued by the Securities and Exchange Commission on June 30, the following was stipulated: “Everything indicates that Renwick diverted more than 80% of the funds collected by the Bitcoin store’s broker and sent more than $ 4 million from Bar Works bank accounts to one or more accounts in the Republic of Mauritius and $ 1 million to one or more accounts in Morocco.”

In the court documents, the Securities and Exchange Commission emphasized that Haddow had been disbarred for eight years in the UK for his role as a director in a company.

Likewise, the Securities and Exchange Commission alleged that the accused organizations used false identities. Documents handed to the court said the conspirator’s real name might be Gordon Phillips. According to a LinkedIn page, this person used to work for HSBC in London and Hong Kong, as well as Deutsche Bank, a global financial services company.

Despite that, the agency said that Gordon Phillips “never worked for HSBC or Deutsche Bank” and as much as possible the name is false.

In early June, a New York Crain’s trade publication reported on the financial collapse of Bar Works, noting that the company is the subject of a tax inquiry and two investor-driven lawsuits. In January, a publication in The Real Deal newspaper suggested the use of false identities by the firms.

The website www.bitcoinstore.global seems to be connected to the financial conspiracy. A statement posted on the site in July 2015 reported that Bitcoin Store Inc. was issuing convertible notes with an 8% coupon to raise no less than $ 1,825 million. 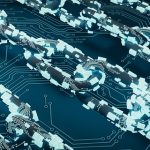