The Qtum Foundation announced the launch of Sparknet, the public test of its new blockchain platform, combining crucial benefits from Bitcoin, Ethereum’s Virtual Machine and proof-of-stake consensus at an event in Shanghai.

“Qtum (pronounced Quantum) was inspired by the rivalry between the world’s most active blockchain communities”, said Qtum co-founder Patrick Dai. “We want to illustrate efficient scalability and compatibility between blockchain technologies,” said Dai. Qtum raised $15.6 million in a crowdsale in March.

Qtum operates according to the Unspent Transaction Output (UTXO) model, which ensures consistency in transactions and the traceability of tokens. At the same time, a virtual machine for smart contracts is layered on top of Qtum’s blockchain, which presents to developers a best-of-both-worlds architecture for the construction of decentralized mobile applications and other blockchain-based ventures.

Co-founder Jordan Earls, who leads Qtum’s development team, said the testnet would feature an Ethereum Virtual Machine smart contract implementation along with Qtum’s PoS protocol. “I’m ready to get this in the hands of the community and see what everyone’s response to it will be — in particular, what features other developers can come up with,” said Earls.

“The Qtum team continues to execute, and build what can be one of the most exciting and innovative railroads in the blockchain ecosystem,” said Matthew Roszak, Qtum Angel investor and co-founder of Bloq.

“Like many others around the world, I’m eagerly awaiting the launch,” said Roger Ver, Qtum Angel investor and world’s first investor in bitcoin startups.

To get developers familiar with Qtum, the Foundation is sponsoring a hackathon in Moscow on July 1 and 2. The foundations website is qtum.org and the code can be reviewed on the Qtum Github page.

Over the past six months the marketplace for ICO’s has increased dramatically and a number of exciting new ideas are being brought to market, one that we reviewed just yesterday. This is an area where […] Believe It Or Not, Bitcoin Maxis, Altcoin Season Might Not Have Yet Begun: Author – Tony Spilotro 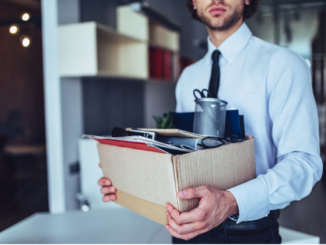