We can call it smart investing and we can call it luck too. Investments is all about working smart and taking risks. This is what made an Idahoan teenager a millionaire. Erik Finman invested in the currency in 2011 when the currency was only $12. He invested $1000 which he was given as a gift by his grandmother after making a bet with his parents that if he would be a millionaire by 18, then there would be no need to go to college. Well lucky for him he announced his victory last week and is now a millionaire.
This story has captivated a lot of people; it can be seen as a mix of being ambitious, working smart, taking risks, entrepreneurial skills and hard work. He’s been celebrated in many news channels and his story is really moving around as a motivation.
His family is mainly an educational background, with both his parents PHD holders, his siblings both in IT and engineering, were all pushing him to excel academically but he used to see it as a waste of time. He dropped out of high school and that’s when the parents gave him the offer to bet, if he would be a millionaire by 18 there would be no need of going to college.
Erik considered himself as a black sheep of the family and a failure by most metrics with a pretty average life. He was a C student with no confidence to approach his teachers for help and no matter how hard he tried those were his grades. His teachers also proved not to be very motivating, they told him it would be very hard for him to succeed in life and he can as well just drop out and work in MacDonald’s. That’s one of the reasons why the parents opted to home school him at their home in rural Idaho.
Maybe the concept that C students are normally the most successful and employ A students is true. Erin had heard about the crypto currency and his research showed him that its value would rise up to $1 million. That is why he decided to give it a try by investing the $1000 into Bitcoin. And true to his predictions, he’s now a self-made millionaire.
He cashed part of his money in 2013 when the value was $1200. The teenager used the cash for a startup, which is an online education company called Botangle to help students with difficulties in learning find teachers over video chat.
Currently Erik has a total of 403 Bitcoins which are valued at the rate of $2700making his total value to be $1.09 million. He has also done investments in other crypto currencies that are doing well such as Ethereum and Litecoin.
Erik is not limited to crypto currencies but is also spreading his wings. He is currently working on a number of projects such as working with NASA to launch a rocket through the ELaNa project. It is very clear that the future is bright for this boy. 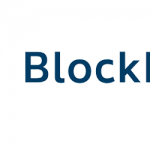 Here’s How Low Bitcoin Needs to Drop Before it Can Take Aim at $15,000: Author – Cole Petersen 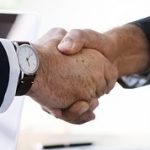