Cambodia wants to solve its dependence on the US dollar and create a modern monetary infrastructure. For this, it is intended to offer people the use of Blockchain for public payments.

The Central Bank of Cambodia is currently conducting tests to verify the effectiveness of Blockchain technology in making interbank payments expecting to adopt an economic system that does not require cash management.

In April, the National Bank of Cambodia (NBC) partnered with Japanese technology specialist Blockchain Soramitsu, who is the developer of the Iroha platform, a book of intelligent contract accounting that allows the parties to make transactions to a scale of about 1000x concerning Bitcoin.

Soramitsu will work with NBC to develop a payment system for its citizens based in Blockchain and will conduct a payment testing phase in the fourth quarter of 2017, as reported by NBC CEO Chea Serey.

By using Blockchain technology, what is sought to achieve are simpler, safer, more affordable and efficient interbank transactions to benefit the users of the standard banking system. The first stage will only be developed based on checking if the system is functional and later it is expected that the development of new applications that benefit the monetary policy of the central bank can help to create a customized system that replaces even the use of the currency local.

Cambodia lacks a modern financial infrastructure for commercial banking. To show an obvious example, ATMs are not found easily. However, almost half of Cambodians own a smartphone, and it is this favourable connectivity that makes the Cambodian Central Bank has decided to use Blockchain technology as the primary platform to cover the financial need of a population of nearly 20 million.

“The application of Blockchain technology to the financial world is at a historic moment,” said Kazumasa Miyazawa, chief operating officer at Soramitsu.

“Through our work with the National Bank of Cambodia, we will be able to take the first step towards creating a more efficient payment infrastructure, which we hope to expand globally in the future,” he added.

The ultimate goal of integrating Blockchain technology is to have a cashless monetary system, which would be less costly and more transparent for the whole economy. NBC is looking for ways to become independent of the US Dollar and take control of its economy. Therefore, Blockchain technology and more specifically Iroha’s Hyperledger platform could be the solution. However, NBC is “open to exploring any platform appropriate to the situation in Cambodia” in the words of Chea Serey. This project aims to ensure Cambodia a future without cash, which is an ideal that has been studied for a long time by NBC. 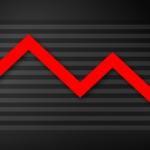