As I write this article bitcoin is trading at 2665 basis First Global Credit and from the chart I’m seeing warning signs that we may be heading for a significant decline ahead. We’ve all benefitted from a great bull run over the past 6 months and I know that talk of a serious setback will not be welcomed;  but when trading it’s important to trade what we see, not what we would like to see. The pattern that I see unfolding is a short term head and shoulders pattern cascading into a much longer term head and shoulders pattern which started forming back in May (I know, a month seems like a lifetime based on how much movement we’ve had since then). A Head and Shoulders formation is one of the more reliable technical indicators. When we see two cascading one into the other it’s time to take notice.

The shorter term pattern needs to break below the neckline, currently at 2600, to be confirmed with additional confirmation when we break below the previous low at 2550. The objective for that break would be a move down to 2350.

The longer term pattern is the real problem. The neckline for the longer term move is currently sitting at 2150. With a peak of the “Head” in  early June at 3000 this signals a potential move down to 1470. It’s worth mentioning that when I look at longer term pattern objectives I use the % move rather than absolute point moves. I’ve found that this gives a more accurate target for a longer term breakout.

Is this realistic – well, as I said earlier; I trade what I see, not what I would like to see.

The nice thing about cascading patterns such as this (something that occurs with surprising regularity) is that you can leverage into a large position with limited risk. I can initiate a short position if the shorter term neckline breakout is triggered at 2600, add to that position if we break below 2550 then add more on a breakout below 2150…building on the profit already held in the position. 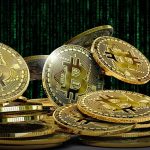 The STO Market is Too Fragmented, but Genius Estates is Trying to Change That: Author – NewsBTC