Echoing the recent steps of several prominent Bitcoin businesses, BitQuick has made the announcement of their integration with BitGo™ Instant.

BitGo is a well known multi-signature Bitcoin wallet, and was the first commercial multi-signature wallet to be released. The company was founded in 2013, and has raised $14 million dollars in venture capital funding to date. As a leading multi-signature solution, BitGo offers several robust features, including an API, dynamic fee management, and wallet services for any blockchain. BitQuick integrated with BitGo Enterprise™ in 2014, being the first major trading marketplace to implement P2SH multi-signature escrow addresses.

BitGo Instant is a new option that allows bitcoin to be available immediately upon receipt, eliminating the need to wait for confirmations. This feature also allows for the prevention of double spend attacks, which occur when a sender spends money elsewhere before the blockchain confirms the transaction. Through the use of a third-party key recovery service, BitGo is able to guarantee against double spends and compensate users in the event that their transaction is not confirmed by the blockchain and losses are incurred as a result. The service is free for transactions under 1 BTC, and carries a 0.1% sender’s fee for transactions over 1 BTC. BitGo Instant is currently being used by several prominent Bitcoin businesses, including Bitfinex, Kraken, and Shapeshift, as well as fellow Boost VC alumni Fold, CoinHako, and Unocoin.

Jad Mubaslat, Founder and CEO of BitQuick, showed excitement about the development, stating “The new BitGo Instant feature comes at a perfect time. Due to Bitcoin Core’s unwillingness to increase the block size, innovations such as BitGo Instant are more useful than ever.”

BitGo Instant is beneficial for BitQuick users due to the currently unpredictable rate of block creation by miners. While users would usually need to wait for several minutes or even several hours to receive a transaction confirmation, they will now be able to fill their escrow immediately and have their bitcoins instantly listed for sale. Users wishing to buy bitcoin will now be able to have access to more liquidity, as bitcoin will be placed for sale more quickly.

The new feature will also allow BitQuick to operate in a more secure manner due to the added protection against double-spends. BitQuick will be allowing the receiving of BitGo Instant transactions, and hopes to soon enable instant sending transactions for buyers. BitGo welcomes integration partners for their new BitGo Instant feature.

ShapeShift.io, an instant Bitcoin and blockchain exchange service, has been integrated into the multi-sig Bitcoin wallet, BitGo. The ShapeShift API integration allows BitGo wallet users to send or receive all leading cryptocurrencies without leaving the […]

Peer-to-peer trading platform BitQuick made considerable progress in the year 2015. At the beginning of the year the platform was seeing 30 day trailing volume peak at $100,000 and 30 day trailing new users reach […] No, Bitcoin Breaking Below $9k Was Not a Bearish Breakout: Analyst: Author – Nick Chong 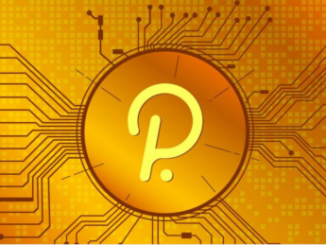 Is Polkadot (DOT) A Must-Have For Your 2023 Portfolio?: Author – Christian Encila