BitQuick has just announced another compelling development in an effort to bring together and expand the peer-to-peer trading userbase.

The company has created their own ZapChain community. ZapChain is an exciting new social media platform that allows the creation of communities powered by microtransactions via Bitcoin. The service has several thriving communities for emerging technologies and the companies supporting them. Bitcoin, Virtual Reality, and 3D Printing are some examples of emerging technologies often talked about on ZapChain. ZapChain also participated in Boost VC’s program, coming out of their 4th tribe.

With the inclusion of tipping, ZapChain allows users to use microtransactions as a way to reward other users for participation. Microtransactions can be sent to those creating content, starting discussions or selling a product or a service. Tipping other users provides an incentive to content creators to publish quality content, since good posts are often rewarded by other members of the community with small tips. ZapChain also offers paid “bounties” in order to boost the visibility of posts, and fights censorship by allowing free, open and uninterrupted communication.

BitQuick Founder and CEO Jad Mubaslat expressed enthusiasm regarding the new community, stating “ZapChain was one of my favorite startups I heard about when I was out at Boost VC. Incentivizing content creators with microtransactions is a revolutionary idea, and is a great use case for Bitcoin. Even more amazing is that all of ZapChain’s transactions are performed on the blockchain using Blockcypher’s microtransaction API!”

BitQuick’s new ZapChain community will provide an easy way for users to communicate with one another about the platform. Different selling strategies can be discussed, as well as support issues and new features. The community is also friendly to new users that might be interested in BitQuick as an option to sell or buy bitcoin. Experiences and general feedback about BitQuick can be shared in the community, allowing for the service to directly review the opinions of its user base and continue to create a better user experience. You can participate in the discussion by visiting http://www.zapchain.com/z/bitquick.

Echoing the recent steps of several prominent Bitcoin businesses, BitQuick has made the announcement of their integration with BitGo™ Instant. BitGo is a well known multi-signature Bitcoin wallet, and was the first commercial multi-signature wallet […] 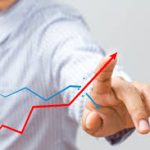 Clairvoyant India Identified as a Top Performer in the Top MSMEs Category by ETRise: Author – Clairvoyant