As this year’s Academy Awards celebration draws to a close, it seemed an opportune time to take a closer look at the dysfunction on display in one of the nominees for Best Picture, “The Big Short,” which was based on Michael Lewis’ book of the same name. Lewis’ book, and the movie it inspired, related the story of the subprime mortgage crisis in the United States. Essentially, a series of opaque and illiquid financial instruments were sliced and diced into a series of increasingly complex derivatives, the notional value of which ended up being many times greater than the size of the underlying mortgages. When homeowners, who were the people responsible for paying the underlying mortgages, defaulted on those mortgages, investors in these derivatives (collateralized debt obligations (CDOs), CDOs-squared, synthetic CDOs, credit default swaps, etc.) lost a lot of money. Those who sold these derivatives short (Michael Burry et al) made a lot of money.

To understand this at a very high level, consider a pivotal scene in the movie: Steve Carrell’s character goes to see a contact at S&P (played by Melissa Leo). In the course of speaking with her, he learns that S&P basically gives an investment bank whatever rating it wants for a CDO issue, because if S&P did not cooperate with the bank, the bankers would simply go down the street to one of S&Ps competitors. The system was rotten to the core, and was intermediated by humans doing very human things.

So what could have prevented this? One theory is that had blockchain-enabled smart contracts been used in the financial system, there would have been fewer opportunities for misbehavior by market participants. Now, this is a fairly bold claim, and a robust analysis of why this might be the case is beyond the scope of this brief article. Nonetheless, let’s review what smart contracts are:

Perhaps most importantly, since all of this would be software-based, you would have no middlemen (or women) looking to create ever more complex derivatives. Creating derivatives of derivatives (so-called CDOs-squared or –cubed, etc.) does two things: (1) it makes the financial system more complex and opaque, and (2) it creates more income potential for bankers and traders. Since people aren’t good at policing themselves, in the absence of any system which prohibits people from making more money, complexity, opacity, and illiquidity are the result.

As long as people keep paying their mortgages, this system works more or less OK. But, as Burry and others suspected, just because housing prices went up for a while, didn’t mean that they would go up forever. Borrowers got overextended, lost their jobs, and defaulted on their mortgages. Because those mortgages were then packaged into CDOs, which themselves were packaged into other derivatives, no one knew what anything was worth and banks couldn’t unload their positions in these derivatives very easily.

So smart contracts seem to be one possible solution to the problem of misaligned incentives and opaque financial instruments. By removing much of the human element, and replacing people with code, we are presented with an opportunity to create a clear, objective framework for the pricing of financial assets and enforcement of contractual obligations.

In fact, in January 2016, American Banker, which is a trade paper for the financial services industry, published a short article[1] discussing this very issue. Quoting from the article:

…what if you could program [bitcoin] transactions to occur at preordained times, under set circumstances, and even involving a preregistered group of multiple counterparties?

And what if you could use similar technology to preprogram transactions such as the payout of a derivative or other security, all done through a public ledger system such as blockchain without the risk of intervention or the inefficiency created by the involvement of an intermediary counterparty agent?

To make this a bit more concrete, here’s an article from CoinDesk[2], which demonstrates how a smart contract would work. Essentially, the contract is a series of IF-THEN-ELSE statements, which are familiar to anyone with a rudimentary knowledge of programming. In the example given in this article, we have the following logic rendered into computer code:

IF payment of 1000 USD in bitcoin is made to BobbyRick by Term 1’s expiration date, THEN Term 1 is completed AND is recorded as completed in the blockchain. If those clauses are met, then the counterparty’s (walkerdavefun) escrow is released. OTHERWISE, Term 1 FAILED, AND is recorded as failed in the blockchain. THEN the escrow is released to BobbyRick.

All of this is obviously much more efficient than standard contract breaches, which, as discussed earlier, need to be remediated through human-controlled and –operated civil or criminal courts. Thus, software-based smart contracts provide a compelling and exciting opportunity for those interested in making a fairer and less opaque financial system. 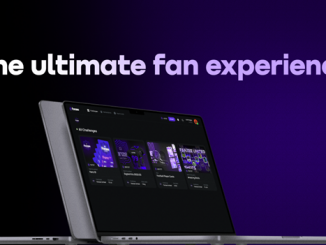 With $2M In Funding, Fanzee Will Use Digital Assets To Reward Sports Fans For Their Loyalty To Their Clubs: Author – Bitcoinist