Widespread Bitcoin adoption is a dim and distant dream that at one point, seemed a near impossibility.  Many have seen the future of the renowned digital currency in secondary applications, instead of a recognised unoffical universal currency.  Nevertheless, Australia could set the precedence for a complete change in outlook.  In a entirely positive step forward, the Austalian central government has ordered an inquiry into what will make Bitcoin like “A national or foreign currency”.  The move comes on the back of increased interest in the digital currency, particularly in iliquid markets.

Australia have deemed it necessary to follow the likes of America, Canada and the United Kingdom, in changing the taxation classification of all cryptocurrencies in general.  Now Bitcoin will be viewed upon in the same light as all fiat currencies in accordance with the Goods and service tax.  Only in 2014, was it suggested with much opposition that Bitcoin should be viewed upon as a “commodity” and not a distinguished currency.  The outlined plans were meet with great angst by fintech start-ups, with may claiming that such legislation would unjustifiably force them to relocate abroad.  Naturally the threat of losing innovative fintech businesses was enough of an incentive to realine the taxation system to that of other digital finance hubs.

Only last year, did Bitcoin mining fall in Australia, along with the relocation of the largest Bitcoin exchange, which moved to London to avoid the hefty VAT placed on commodities.

The legislative change from “commodity” to “currency” was met with raptuous applause.  Many affiliates solemly agree that the move takes Bitcoin one step closer to mainstream financial regulation.  However just at face value, the change will help enable Bitcoin start-ups to flurish in a region with a growing importnace on the international Bitcoin stage.

A more stringent regulatory stance could even help prevent such contreversies as the collapse of the then largest Bitcoin exchange worldwide Mt.Gox.  In 2014 the exchange filled for bankruptcy, after the loss of $390 million worth of Bitcoins.  A tighter regulatory position could have prevented any illegal and illicit conduct at the exchange, which is currently under investigation by japanese officials. Bear Market Over? Why Bitcoin Could Soar To $45K As Strong Holders Grow: Author – Reynaldo Marquez 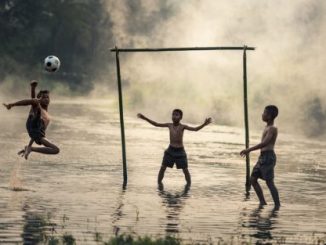