After weeks of speculation, Singaporean Bitcoin exchange Coin Republic has been obtained by mexBT.  Reports surfaced mid-June that an acquisition was entirely possible and now the Central American exchange platform has done just that.  In a move which many see as a clear strategy to boost exposure, mexBT are now looking to accelerate their expansion into both Asian and Latin American operations.  The news comes just days after the former CEO of Mt. Gox was detained in Tokyo on suspicion of fraudulent activities.  Mt. Gox the one time monopoly, formerly boasting an 80% market share has been hit hard by an alleged glitch which lead to losses of $390 million.  Could mexBT be set to reap the rewards of the collapse of the defunct exchange?

According to Coin Republic’s website, “We are the fastest, safest, most trusted brokerage in Singapore.  Using the Singapore ibanking system, Bitcoin is sent directly to your Bitcoin wallet.”  The exchange was launched in 2013 by David Moskowitz, and has since risen to prominence as a leading figure in the Asian Bitcoin community.  Coin Republic was originally created as a direct exchange with a level rate of 1.9%, however it has since diversified into other services.  As of last year total transactions amounted to a sizeable $1 million.

MexBT COO Joel Cano explains the venture.  He indicates that the acquisition was inspired by a desire to create “Digital Transaction Hubs” in the major financial centres such as Singapore by using Blockchain technology as the basis of this system.  Cano later explains his aspiration in allowing highly efficient payments between Asia and Mexico.

Interest in Singapore as a growing digital currency hub isn’t an entirely new concept.  Favoured by major corporations due to favourable taxation laws, the island state is quickly drawing attention from the wider Bitcoin world.  Only recently did South African media firm Naspers, invest $4 million into a Singaporean start-up.  BitX is a similar exchange to that of Coin Republic, boasting a merchant integration services, operating wallets and additional crypto services.

Perhaps one day, Singapore could even surpass London as an established altcurrency hub.

Terra ($LUNA) Founder: ‘The Terra Protocol Will Be One of the Largest Holders of $BTC’: Author – Francisco Memoria 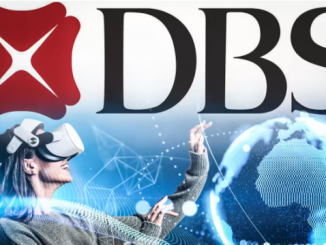