Politics is an age long emotive debate which has been raging since the very early days of humanity. Centuries upon centuries have passed with eternal condemnation, violence and upheaval.  Wars have been fought, sieges lost and countries invaded all to install a very one sided political regime.  Yet, never before has the ever constant notion of politics been portrayed under such a vivid spotlight.  Nowadays there’s no escaping It, politics dominates the media landscape, from the Kremlin to the White House, politics is a truly modern day goliath.  Thus, given the recent revolution in digital currencies, could Bitcoin dominate politics indefinitely?

One well documented problem with the conventional political system, can be the existence of rigged or unfair elections.  Often associated with developing countries, corruption is a custom that we are all too familiar with.  However Blockchain might be about to finally change this persisting injustice.  The innovative public ledger used by Bitcoin, has the potential to record cast ballots.  Blockchains adaptation to analyse ballots would lead to a more efficient and accurate measure of recording the public vote.  Potentially putting an end to political corruption.  Another much anticipated advantage, is the reduction in time needed to accurately and concisely count votes.  Much like with time savings associated with the financial sector, the “virtual spreadsheet” could eliminate the agonising wait for results post-election.

One criticism of the role that altcurrencies could play in politics, is its exploitation in the run up to an election.  A concern would be that candidates may choose to support the cryptocurrency, solely to gain voters from right across the political spectrum.  Jumping on the Bitcoin bandwagon, could lead to serious problems for the adoption of the cryptocurrency.  More worryingly though is the potential dependence of terrorist or extremist groups on Bitcoin.  Many fear that exterior funding could flood into such clandestine groups as ISIS via their positive stance on the altcurrency.  An already serious concern given the anonymity of Bitcoin.

A prominent potential issue is Bitcoin’s impact with policies.  Cryptocurrencies are decentralised as is well documented.  As a result, there are no monetary policy decisions being implemented by a central bank or authority.  Thus the effects of such policies using fiat currencies, could be dumbed down or accelerated by Bitcoin.  For example measures to curb hefty demand driven inflation by changes in interest rates and actions to boost aggregate demand by changes in the money supply could be adversely affected.

It would appear that politically Bitcoin has a huge role to play.  From regulation to economic policy, the digital currency could well shape the political scene for years to come. 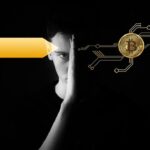 Cardano Founder: ‘Nine Times out of Ten Ethereum Is Going to Win the Fight Against Bitcoin’: Author – Francisco Memoria To Ban Or Not To Ban? Russia Concerned About Growing Crypto Transanctions: Author – Anifowoshe Ibrahim