After intense negotiations between the Greek government and its creditors, a new repayment package has been settled upon.  Both “serious reforms” and “financial support” are said to have been agreed upon between both parties.  This potentially, could put to bed the ongoing saga revolving around Greece and its national debt crisis; one which unfortunately has been in existence for years.  Finally after a move away from the potential exit of the southern European state, at least for now, normality could be set to return after political upheaval.  With Cyprus, Portugal and Spain onlookers in the situation, could Bitcoin even prevent such a crisis from imploding in the future?  To ever claim that the altcurrency could do just that, is an extremely bold statement, one which should be met with some hesitation.  But could there be a shred of truth in it?

With several Greek banks forcedly closed, there is only one sure place to access your personal account.  Located in the capital Athens, is a solitary two-way Bitcoin ATM with a maximum withdrawal limit of €1000.  Free of withdrawal limits, due to the fact the digital currency is decentralised, Bitcoin is allowing access to personal finance with over 20 transactions on its first day.   Increased liquidity could well help reinvigorate the stalling Greek economy by increased consumption.  Should other countries then, look to cryptocurrencies in the future,  should they find themselves in a similar illiquid economy?

Many regional Greek companies are beginning to remunerate employees by means other than the centralised currency.  One called for action by the Bitcoin community,  is the creation of  Greece’s very own “virtual currency”.  This new cryptocurrency would be backed by substantial assets in order to give it tangible value and stability.  The digital currency could then be used to purchase vital necessities such as: food, pharmaceutical drugs or even fuel, all of which have run devastating low in the country.   Now, the Greek island of Agistri has chosen to do something similar.   As of last week, the mayor of the Mediterranean island, has agreed to the enrolment of a digital currency for a finite trial period.  Nautiluscoin was initially developed last year, backed by gold the cryptocurrency has proved to be less volatile than others such as Bitcoin.  It is hoped that the trial will kick-start the tourism industry and that potential tourists will see more than just lines of computer code.  Further injections into the regional economy is just what Greece needs currently.  If all is well within the trial, could we see the same implementations of cryptocurrencies in other cash-strapped nations? Or even, at the first signs of potential trouble?

Perhaps the likes of Spain, Portugal and Cyprus could potentially fall back on a similar “digital currency strategy” should they be in an equally precarious situation.  Clearly Bitcoin and other altcurrencies can not necessarily guarantee prolonged economic sustainability.  After all history has a habit of repeating itself.   Nevertheless they could be advantageous at the first warning signs of destabilisation. 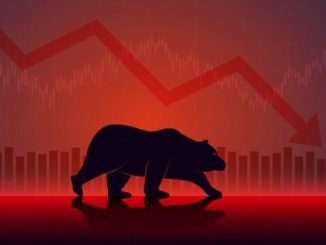 Why The Sanction On Tornado Cash Is A Bear Signal For The Crypto Market: Author – Best Owie 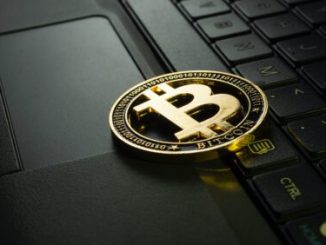