The much coveted altcurrency Bitcoin, could well render the global banking system “redundant” consequently creating “total disruption”, according to gargantuan bank BNP Paribas.  Bitcoins’ potential advantages in banking have been well documented, from bypassing slow payment systems to faster international transfers, we have all read about speculative claims of a revolution in both retail and investment banking.  Nevertheless this is the first time that a leading market figure has conceded the role that altcurrencies may well play, especially in the oncoming digital currency coup.

Such is the belief that Blockchain can revolutionise the Global financial sector, that Johann Palychata a research analyst at the bank, has stated that Blockchain technologies “should be considered as an invention like the steam or combustion engine”. Palychata argues that the viable introduction of the aforementioned technology, could lead to existing market players becoming of little to no importance, and it’s quite easy to see why.

Currently trades go through a complicated and exacerbated system.  Thus the implementation of the ledger behind Bitcoin would eliminate the post-trade infrastructure, which institutions lucratively supply. Palychata goes on to say “In its purest form, a distributed blockchain system allows all market participants direct access to the infrastructure underlying the trades”.  Further adding, “If this setup develops then existing industry players might be redundant.”  Should investment banks therefore be heeding the warnings of BNP Paribas?

As of yet it remains unlikely that we will see a sudden innovation in trading procedures.  Even the most dedicated of Bitcoin enthusiasts would not allude that the adoption is just around the corner.  However with current stumbling blocks being overturned, we could well see a revolution on the horizon.

Hammer Time: The Bullish Signal That Could Save Bitcoin: Author – Tony Spilotro 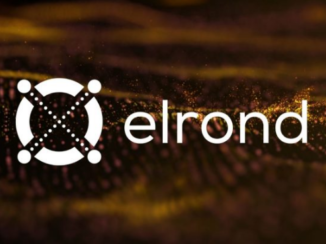 Elrond Network Watch: Consider This Before Filling Up Your Wallet With EGLD: Author – Jet Encila

MicroStrategy CEO Explains Why Bitcoin Is a ‘Scarcity’ and Not a Commodity: Author – Siamak Masnavi

My Experience Buying Virtual Land on Next Earth: Author – NewsBTC