Satoshi Nakamoto (中本哲史, Nakamoto Satoshi) is a person or group of people who created the Bitcoin protocol and reference software, Bitcoin Core.

In 2008, Satoshi published a paper on “The Cryptography Mailing list” at metzdowd.com describing the Bitcoin digital currency.  In 2009, he/she/they released the first Bitcoin software that launched the network and the first units of the digital currency called, “Bitcoins”

Nakamoto continued to collaborate with other developers on the Bitcoin software until mid-2010.  On or around this time, Nakamoto handed over control of the source code repository and network alert key to Gavin Andresen and transferred several related domains to various prominent members of the Bitcoin community, and stopped his involvement in the project.

So who is Gavin Andresen you ask, well he is the Massachusetts based Chief Scientist at the Bitcoin Foundation.  He has access to the alert key that allows him to broadcast messages about critical network problems as and when this may occur to all clients.

In April 2011, Forbes quoted Andresen as saying, “Bitcoin is designed to bring us back to a decentralized currency of the people,” and “this is like, better gold than gold“.

But truthfully, that is all that we know about Satoshi, the person or group.  Satoshi choose to take a step back and hand over the responsibility to Gavin and others, and took a decision, to remain anonymous and step away from his/her/their amazing creation and leave the legacy of bitcoin and the blockchain to be taken into the future with who Satoshi had decided upon were a very safe pair/s of hands.

Why?  Well nobody quite knows how Nakamoto’s decision came about, but many have and continue to speculate about, why he, she or their reason for taking such action.  But my thoughts when considering this gesture, always comes back to respecting the decision of Nakamoto’s for ANONYMITY.  Whoever, Satoshi is, or maybe even was, Satoshi took a conscious decision to remain anonymous and has chosen, for whatever personal reasons, to continue to do so.

By taking that conscious decision, perhaps even driven by circumstance, who knows, it is a decision likely to have been taken after much reflective thought and consideration on Nakamoto’s part.  And for that decision to still hold firm, should in my modest opinion, be honourably respected and for Nakamoto’s anonymity to remain just that way, ANONYMOUS.  There has and continues to be much speculation, investigation and conspiracy theories as to why Satoshi Nakamoto remains an unknown quantity and this is likely to be the case until perhaps some revelation appears in the public domain.

But if we just take a moment to reflect, we all have personal motivations as to why we take such action in our lives, some obvious to others, some less obvious, some uncomprehend able to others looking in on our lives.  Yet, if that is someone’s personal wish and desire, surely, we should all respect that wish, as we would automatically do with our own friends and family.  We may have the right to question in our own heads as to someone’s action but we have no right to disrespect those wishes, particularly, someone or perhaps several people who decided that was the best course of action for them.

So for me, I wish only to stand in awe of Satoshi Nakamoto’s unselfish technological gift to humanity and be both grateful and thankful for all that, that generous gift has brought and continues to harvest in humanity’s technological future.

A very grateful and humble thank you to Satoshi Nakamoto, to Gavin Andresen and to those who received the related domains in the bitcoin community, I and I know others, are and continue to be most grateful for all that you did, and continue to do, to ensure bitcoin and the blockchains advancement for all of humanity is here to stay and enjoy into the future.

And I think that it is extremely important to consider, that without these individuals, the advancement of the digital currency world would not be evolving and becoming a real tangible reality across the Globe.  That truly is the most humbling legacy that has been gifted from Satoshi Nakamoto.

And let us remember that Gavin Andresen was chosen by Satoshi Nakamoto to bestow such a legacy and the related level of responsibility that goes with Nakamoto’s choice, means that Gavin is personally responsible to manage  that continued beautiful burden to ensure that bitcoin and the blockchain evolves in a way that reflects implicitly the wishes of Satoshi Nakamoto.

And that is a burden that no one would invite to take on their shoulders, and one that he bears and strives to carry valiantly with integrity and honour to his benefactor.

My personal respect Gavin, particularly when there is much conjecture amongst the community as to the block size. And my wish and prayer for you, is that you do what you think is right, in reflective consideration, of perhaps the decision that Satoshi would make, if he had been placed in this predicament for the evolution (or not) of his creation.

I believe in you, as Satoshi Nakamoto did, that you will come to the right decision for bitcoin and the blockchain for you are ultimately his chosen one. DeFi Is Changing: And It’s for the Better: Author – Bitcoinist

Why rush to buy Bitcoin ? 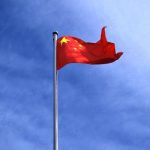 Bitcoin Shows Signs of Life as it Rallies Past $9,400; What Analysts Expect Next: Author – Cole Petersen