A twenty eight year old man was forced at gunpoint to transfer $1,100 worth of bitcoins to his assailants.  The victim was forced to handover the bitcoins at gunpoint after arranging to meet the thief via Craigslist and to carry out a bona fide digital currency transaction before it clearly went, very, very wrong.

The victim was invited into the vehicle which was parked close to Troy Avenue and Crown Street on 27 May 2015 and after being invited, duly sat in the front passenger seat of the silver Honda to carry out what he believed was to finalise a legitimate sale, when a gun was pulled on him from an assailant hiding in the back of the vehicle.

The man was then forced by his assailants to make the transfer and was thus robbed of his digital currency.  The virtual thieves then stole the victim’s mobile phone and fled the scene.  As of Thursday, the thieves had not been identified or apprehended, the police said.

This is a sad piece of digital currency news to report and one which should remind us all, of the true value of our bitcoins and how we should remain vigilant at all times to ensure that they remain safely in our digital wallets, until we willingly wish to transact with them in a legitimate safe environment.

Please be vigilant and take care with your wallets, I so despise the “bad guys”, but sadly they have been part of our global society from the stone age to modern day and I do not doubt, sadly, will appear in humanity’s future.

And for the gentleman in question who befell such a heinous crime, I am so very sorry, thinking of you and please do your best to try to not to let this impact your perception of society as a whole.

Your assailants reflect a small percentage of humanity and not the majority and long may that remain a fact.

Safle Review – Bringing Your Identity Back Into Your Hands: Author – NewsBTC 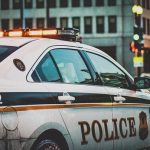 Knowledge is Power: How To Stay Protected From Crypto Scams: Author – NewsBTC