shapeshift.io today announced an enhancement to their pricing algorithm with the goal of providing users with better rates.

To take advantage of the superior rates, the user only needs to specify how much of the receiving asset she wishes to receive. The new rate is then calculated automatically and shown to the user.

“Our prior system wasn’t able to take into consideration the size of the user’s trade, so the price they received had a “safety buffer” that led to less competitive rates,” said CEO ShapeShift Erik Voorhees, “Now, if the user opts to tell ShapeShift how much digital currency will be traded, a significantly better exchange rate will be provided.”

The platform supports over 700 trading pairs on the exchange and, as part of this enhancement, they have introduced three new cryptocurrencies: Infinitecoin, Monacoin, and Vertcoin.

ShapeShift has been building strategic partnerships throughout the Bitcoin and blockchain industry, including Coinomi, Purse.io, and a new merchant processing agreement reached recently with CoinPayments.net.

Ok, let’s restart my coverage with a shorting opportunity in Bitcoin (Current price 427). The market looks toppy and with the final tranche of Justice Department sales announced plus the lack of consensus on extending […]

ShapeShift.io, a Bitcoin and altcoin exchange service, has partnered with AltQuick.co, a website which enables users to buy digital currencies with a cash deposit via cash deposit at a local bank or credit union. AltQuick […]

China Preparing to launch their own “Cryptocurrency”

The People’s Bank Of China is planning right now an introduction of its own digital currency. However, this form of e-money is less of a cryptocurrency and more of an electronic form of state currency, […] 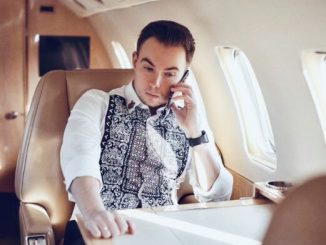 How is Billium transforming copy trading? An Interview with Ilia Angelov, CEO of Billium: Author – Bitcoinist